Company will bring deep experience in both advocacy and political campaigns 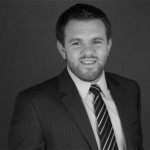 FAIRFAX, VA (May 22, 2015) — Opinion Leaders, the respected strategic advocacy and digital marketing firm, announced an expanded offering that include strategic communications consulting, public affairs, coalition development, grassroots, advocate development and stakeholder outreach. To manage the firm’s additional services Opinion Leaders brought on Nate Bailey as managing partner. In his role, Bailey will be responsible for overseeing the growth and its additional services.

“Nate’s strategic mind is exactly what our clients demand,” said Craig Karnis, president of Opinion Leaders. “His deep experience in building campaigns that cut through the clutter and connect with decision makers will help us grow, and it will help our clients win. Our new offerings, including supporting political candidates and committees, will build on our long tradition of driving high-quality results across all the spheres of influence in D.C. and in the states.”

Bailey joins from Edelman, where he was a Senior Vice President managing the firm’s Grassroots and Digital Public Affairs offering. He previously served as Director of Political Affairs at the U.S. Chamber of Commerce, as Communications Director for former Congressman Joe Knollenberg (MI-9) and as Media Relations Manager at the Tax Foundation. Prior to moving to D.C., Bailey worked in electoral politics in his native Michigan.

“It’s both a difficult and an exciting time to be trying to impact the policy conversations in D.C.,” said Bailey. “The Opinion Leaders model is exactly how I believe you can make a dent, and I’m excited to get to work.”